For Patients
Get Started
See More

This blog should cover the different types of anger, how to handle them, and what types of disorders bring about anger outbursts. 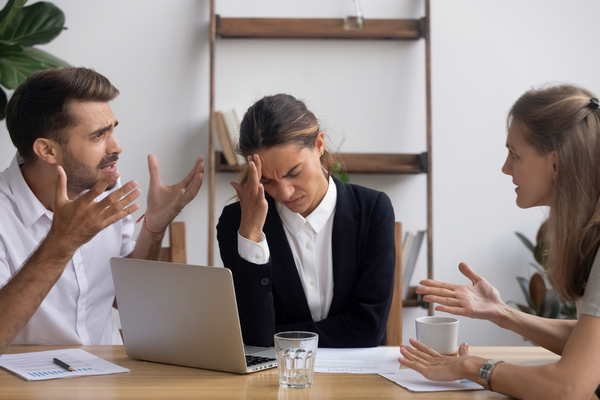 Anger is a universal emotion. We all feel annoyed, frustrated or outraged on occasion, often rightfully so. But, anger is neither inherently good nor bad – it’s simply an emotion, which comes with the territory of being human, acting as in-built guides to alert us to our environment and how we should respond within it. Yet there’s a common misconception that all types of anger manifest as loud and violent behavior. In reality, anger is a lot more complex and nuanced than a stereotypical blow up. There are many types of anger issues that can be addressed.

According to Professor Ephrem Fernandez’s psychological research, anger can be categorized according to six spectrums, or dimensions of expression. These include:

In our daily lives, it’s not the angry feelings that are the concern, but rather how they are managed in our behaviors. If the anger feels extreme or uncontrollable, or unclear of a specific source, you may be experiencing signs of anger issues.

In one anger study conducted at Harvard, 10% of people under the age of 25 reported having explosive anger episodes at least three times in their lifetime. Though anger issues are a common disorder, with appropriate intervention, approximately 75 percent of those affected improve with adequate treatment.

While what causes anger issues varies, there are six common types of anger expressions. See if you can identify the ways you most commonly choose to react in anger and what core beliefs might underpin your view of emotions. Clarifying your beliefs about emotions, and your anger pattern type – and learning simple strategies for how to deal with anger issues – is the key to healthily expressing your emotions to help you get your needs met without violating others.

Assertive anger is actually considered to be a constructive type of anger expression. Feelings of frustration or rage typically act as a catalyst for positive change. Rather than avoiding confrontation, internalizing anger, or resorting to verbal insults and physical outbursts, anger is expressed in ways that create constructive change that bring a person closer to having their wants met – without causing distress or destruction. Assertive anger expression can address a person’s needs without transgressing other people’s rights and boundaries.

Assertive anger is a powerful motivator that can be used to overcome fear, address injustice and achieve more desired outcomes in life.

Behavioral aggression is a physical, and often aggressive, reaction to angry feelings. It can lend itself to the most extreme end of the spectrum and turn violent. Aggression is behavior that has an intended motivation to cause external harm. This might look like breaking or throwing things in an angry outburst, or physically intimidating or attacking someone. Behavioral anger often has negative legal and interpersonal consequences, as this highly unpredictable and impulsive behavior erodes the ability to form trusting and respectful relationships. It’s worth noting that emotions, like anger, don’t automatically generate physical aggression or violent behavior. It’s often a choice.

Chronic anger is an ongoing and general sense of resentment of other people. It can feel like a sweeping sense of frustration with certain circumstances, or often anger towards oneself. The hallmark of chronic anger is a long term nagging and perpetual irritation. The prolonged nature of this type of anger can have profoundly adverse effects on one’s health and wellbeing.

If a person is able to pinpoint the source of resentment, it’s possible to resolve the inner conflict by forgiving past transgressions. The process of forgiveness can be powerful and empowering, and can help to resolve lingering hurt and frustration.

Passive-aggressive anger is the opposite of aggressive anger in that it is an avoidant type of anger expression. Those who exhibit passive aggression try to evade all forms of confrontation, and may deny or repress any feelings of frustration or fury they’re experiencing. Passive-aggressive behavior may be expressed verbally, as sarcasm, pointed silence, or veiled mockery. Physically, it can be manifested in behavior such as chronic procrastination at work. Sometimes people who express anger passively aren’t even aware that their actions are perceived as aggressive, which can leave them surprised at the reactions from others.

Retaliatory anger is typically seen as an instinctual response to being confronted or attacked by an external incident or person. In fact, it’s considered to be one of the most common types of anger, as it’s motivated by revenge for a perceived wrong. Vengeful anger can also be deliberate and often aims to intimidate others by asserting control over a situation or outcome, yet may only serve to escalate tensions. Retaliation is a choice, not an impulse, and cyclical anger seldom dies off in a tit for tat scenario.

Self-abusive anger is based on feelings of self-shame. Those who feel hopeless, unworthy, humiliated or ashamed might internalize those feelings and express their anger via negative self talk, self-harm, substance abuse, or disordered eating. Alternatively, those with self-abusive anger might lash out at those around to mask feelings of low self-worth, ultimately increasing their sense of alienation.

If you notice your uncontrolled anger issues are consuming and that your behavior is impeding on your daily life, seeking anger management therapy could alleviate your discomfort and interpersonal issues. Advekit can help you get matched with a therapist who specializes in anger management today.

Alison LaSov is a Licensed Marriage & Family Therapist with experience treating clients struggling with anxiety and depression. She predominantly focuses on mental health intervention for children and adolescents, particularly those who are in crisis. She has worked within the Los Angeles education system treating students with Individualized Education Plans (IEPs), as well as supervised a non-profit Teen Crisis Hotline out of Cedars-Sinai Hospital. Alison earned her B.A. from UCLA and M.A. from Pepperdine University. She is a native to Los Angeles and co-founder at Advekit.